Stephanie Morgan has been named the inaugural Executive Director of the Air Transportation & Aerospace Campus at The Ohio State University Airport, effective May 6. 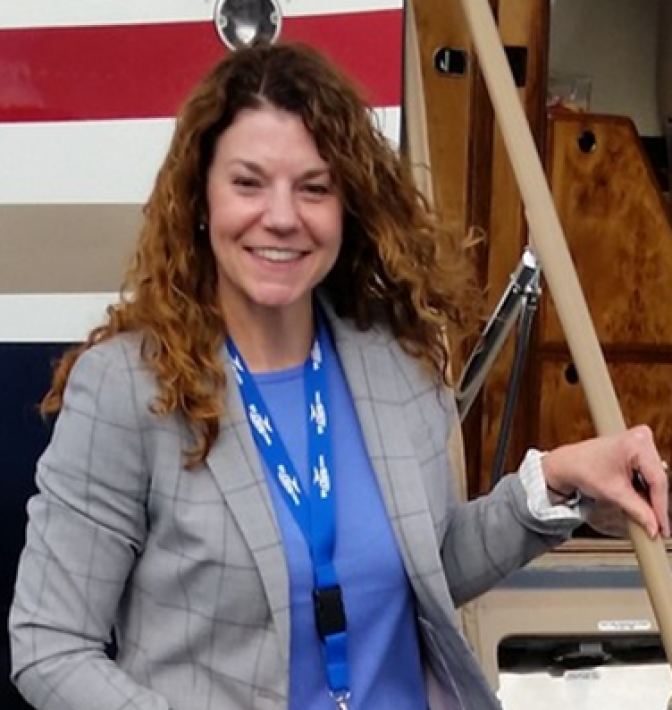 Morgan will be responsible for setting the strategic vision and operational blueprint for the air transportation and aerospace facilities on West Case Road. She will foster and leverage crucial relationships across a diverse group of stakeholders, including external business partners, community members and university leadership. Her efforts will focus on capital investment initiatives to advance development, operational stability and Ohio State’s international reputation for education and research.

“Stephanie has all the leadership characteristics to ensure that The Ohio State University Airport at Don Scott Field will continue to grow in reputation, in service to our students, faculty and staff, and in value to the central Ohio business community,” said College of Engineering Dean David B. Williams. “Her deep knowledge of general aviation and its role at the state and national level will increase the visibility of the airport and its contributions to education and economic development.”

Thanks to a generous gift from the Austin E. Knowlton Foundation, the university’s airport in northwest Columbus has undergone an impressive transformation in the past year. A new executive terminal and aviation learning center is making a positive impact on students, tenants, visiting pilots and community partners.

“I look forward to setting a strategic vision, creating awareness and executing an operational plan with the goal of developing the premiere airport and aerospace campus,” said Morgan. “It is my honor to be part of something this profound.”

A private, instrument-rated pilot, Morgan attended the U.S. Military Academy at West Point and has her B.S. in aeronautical administration from St. Louis University.  She earned an MBA from University of Phoenix and is a certified member of the American Association of Airport Executives.