Celebration of Aviation and Philanthropy 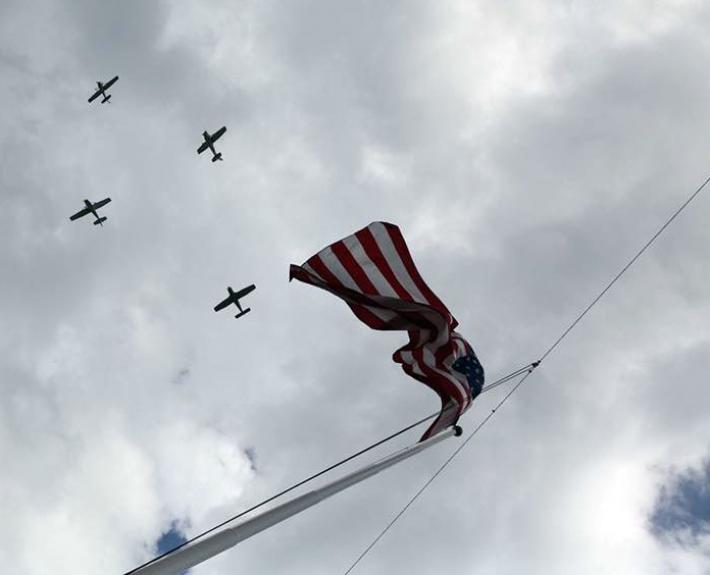 Before and during the Buckeyes matchup with Tulsa in Ohio Stadium on Saturday afternoon, aviation at The Ohio State University scored some points.

In sync with the pre-game national anthem, four flight education aircraft flew over the Shoe in a diamond formation under blue skies. University and Athletics Department officials arranged the special flyover as a way to celebrate the Ohio State Flight Team being named the best overall collegiate aviation program in the nation two years running.

John Ginley, alumnus and flight instructor, served as lead pilot in the flyover formation. He posted a video of the experience on the flight team’s YouTube channel.

The flyover provided a perfect prelude for what occurred about 10 minutes later. 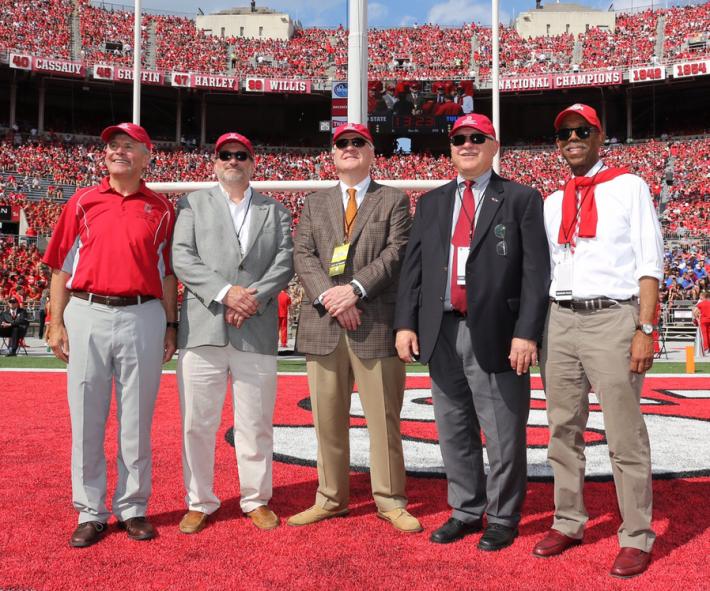 During a break in the first quarter, President Michael V. Drake and Engineering Dean David B. Williams accompanied Austin E. Knowlton Foundation trustees John Lindberg, Ed Diller and Bob Pitcairn onto the field. The stadium announcer informed the 105,000 fans in attendance of the foundation’s generous gift of $10 million to upgrade aviation education and research facilities at The Ohio State University Airport in northwest Columbus.

Alumnus Austin “Dutch” Knowlton understood the vital importance of aviation as a core part of the American economy, and he loved Ohio State. His foundation’s recent gift to the airport is a continuation of its ardent philanthropic support of education and innovation. In 1994, Ohio State’s School of Architecture was renamed the Austin E. Knowlton School of Architecture in his honor.

In a fitting salute, after a slow start the Buckeyes offense took off in the second half and won the game 48-3.