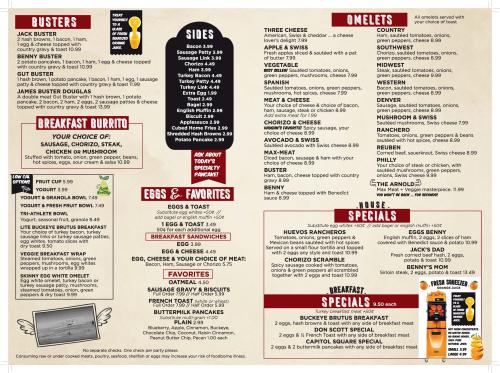 Ramp fee waived for single-engine aircraft when you eat at the restaurant
(airport location only). 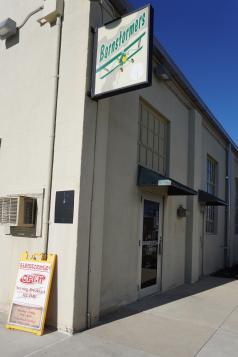 Geno and Hilda Garcia-Mandriotti, are the operators of the Barnstormer Restaurant and have operated a very successful diner for almost two decades. Located between Clintonville and main campus, Jack and Benny’s is a well-known diner serving the “Best Breakfast in Ohio”according to Ohio Magazine in 2008. The diner has been featured in print, online and on television, and has won several awards, including “Best Comfort Food” and “Best Breakfast in Columbus.”

Geno, a graduate of The Ohio State University with a BS in Aviation Management, obtained his Private Pilot’s license from the Ohio State Flight School in 1992. His main passions in life are his family, his restaurant(s) and aviation. Together with his wife Hilda, he hopes to duplicate the success of Jack and Benny’s at the Ohio State Airport in the Barnstormer location.